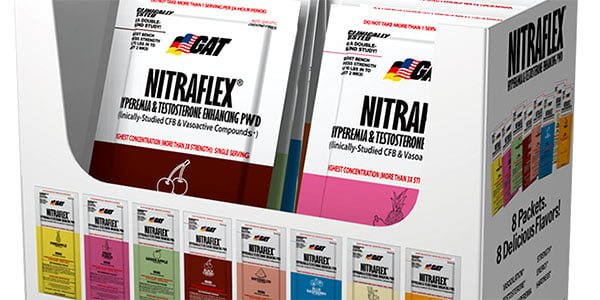 When German American Technologies Nitraflex variety box was unveiled, it went straight on sale at Bodybuilding.com leading us to believe that they would be the only ones with it for a while. As it turns out roughly one week later, a few other locations have shown up with the sample collection. Even though it was already a rather cost effective option valued at $11.99 from BB.com, seeing a price difference of just less than fifty cents a serving. One of the new stockists has done a little better. Netrition who do tend to keep up pretty well with recently released variants, have got the Nitraflex variety box a whole two bucks cheaper at $9.99. While it isn’t exactly a huge drop, it’s at least good to know that GAT fans do have options now with the eight flavor set available outside BB.com, some even saving you a bit.