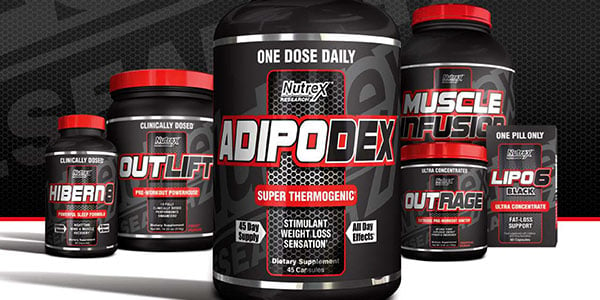 The last we saw from Nutrex about their big rebranding was the unveiling of a new supplement following on from the renaming of their Hemo Rage Turbo Shot. The brand’s single serving formula had it’s title officially changed to Outrage Extreme Energy Igniter, which eventually made sense when we got confirmation of the powder pre-workout Outrage. Back when the news broke it left just a handful older of products to be updated, as by then Nutrex had already changed over most of their Black Series with Lipo 6 Black Ultra Concentrate, Creatine Drive, Anabol 5, Niox, Vitrix and T-Up all getting a makeover. We have now got our first look at another supplement that has joined Nutrex in their 2014 update and from what we can see will go unchanged, the brand’s protein powder Muscle Infusion. With the only protein left in the brand’s line up now confirmed as staying, Nutrex have just seven products in their older colors. The supplements remaining are the three Drive formulas Amino, BCAA and Glutamine Drive, Hemo Rage Ultra Concentrate which we believe to be getting replaced by the new Outrage. The regular Lipo-6 Black, and the two Hers Lipo-6 Blacks. While nothing has been said about what lies ahead for the seven, rebrandings are where things get removed, replaced or reformulated raising some questions about the lagging seven.

Amazon discounts Hemo-Rage Unleashed to $26.24 a week after release - 6 months ago

Nutrex powers its high-stimulant Hemo-Rage Unleashed with a light 4.131g blend - 7 months ago