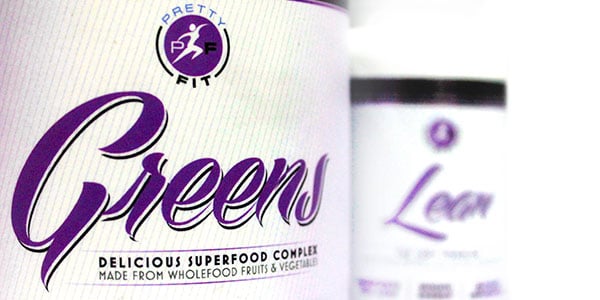 Early last month we talked about Jacked Pack’s new slightly more feminine service, Pretty Fit. The company have basically put together a website much like they did for their original sampling service, however this time around the packs are geared more towards women and have a lot more cost and value to them. The packages available could almost be considered as stacks, as they feature trial as well as full size supplements. Two of the products Pretty Fit users will be most familiar with would be the company’s self produced formulas we introduced not too long ago, Lean and Greens. It turns out the latter we actually managed to get a hold of an run a review on, resulting in an experience we couldn’t help but find surprising.

Over the years we’ve come across a handful of greens formulas, some a lot more notable than others. The one thing that seems to be consistent throughout is that they all taste as bad as one another. While we’ve had plenty of brands say no their’s tastes much better than the rest, they all have that grass or rotten like scent and flavor to them. Two of the more known and memorable supplements we’ve tried from the greens category would have to be Controlled Lab’s Orange OxiMega Greens, which did have a spearmint smell to it but was extremely unbearable, and the other PhD Pharma Greens. Which again, made its title flavor known, although even though it was better than OxiMega it still wasn’t the easiest thing to stomach. The reason we’ve brought up those two experiences is very simple, Pretty Fit’s Greens is a game changer especially compared to what we’ve tried.

First things first the formula is as always a major factor here, and it’s not something you’re going to get sold short on in Pretty Fit’s Greens. While it may be advertised as a women’s product, which on most occasions gives brands reason to under dose and under whelm. Greens packs a rather heavy ten and a half gram scoop delivering an almost 6g greens and superfood complex, 1g of sunflower lecithin, a 1g antioxidant blend, 900mg fiber and essential omega proprietary. As well as adaptogenic herbs and detoxifiers, prebiotics, probiotics, digestive enzymes and a handful of other ingredients. Essentially Pretty Fit don’t appear to have cut any corners, putting together an extremely competitive concoction that as mentioned sets the bar in terms of flavoring for greens.

Moving into the more interesting part of the supplement, where Greens well and truly shines, it’s now time to get into its taste. Pretty Fit don’t actually list a flavor on the bottle of their powder product, giving you no real idea on what to expect. Our first experience was definitely an interesting one, as once we saw the powder itself we just figured it was just going to be another hard to stomach greens cocktail. Despite the all green garden looking powder hinting at a disappointing repeat, once you get past the appearance of the supplement and its scent that you’ll really only notice close up. You will find just as we did, that you could probably drink Pretty Fit’s Greens all day long. The brand’s superfood complex can best be described as a sweet fruit punch like mixture with a hint of berry, that we wouldn’t even think about comparing to others in its category. The type of product closest to Greens in terms of flavor would have to be an amino, which we really feel says it all.

The thing that makes Pretty Fit’s flavored effort so interesting is purely because it’s a surprise. After trying so many terrible tasting greens and superfoods formulas, it was almost like the trend with casein proteins and that they all have that grainy texture to them. Also like the story of caseins where we finally found a supplement that didn’t have the signature graininess with Giant’s Delicious Casein. Pretty Fit’s Greens comes to the rescue giving those on the hunt for a deliciously refreshing 40+ ingredient superfood concoction the answer they’ve been looking for. While the product does have a well ranged list of contents, it is definitely going to be its flavor system that dwarfs its competition. Even if put side by side against a superior formula, Pretty Fit have found a great balance of getting as much as they can into the supplement without sacrificing taste in anyway. It’s because of that we expect to see this one grow fast and reward Pretty Fit for the massive effort that they had to have put into Greens. Pretty Fit Whey featuring nothing artificial and only 100 calories - 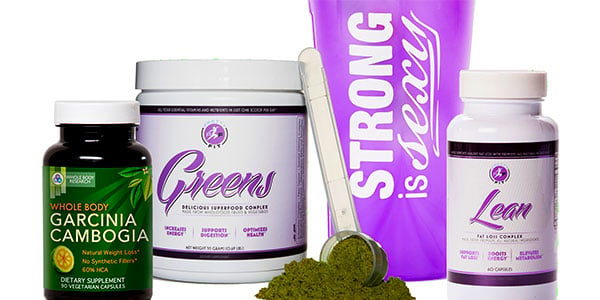