A new Quest Nutrition protein bar has officially been unveiled this week after being previewed at this year’s Arnold Classic, introducing the Quest Hero Bar. While its macros are confirmed to be quite different from any of the brand’s other protein bar competitors, the even bigger thing separating this one is that it’s a candy bar style snack.

For those unfamiliar with the term “candy bar style” protein bar, it’s something that’s built more like a candy bar with a handful of delicious layers topped with a chocolate coating. Some examples of that would be Muscletech’s Nitro-Tech Crunch, MuscleMeds’ Carnivor Bar, ProSupps’ MyBar, and now the Quest Hero Bar.

A full look at a final Quest Hero Bar label has yet to be released, although with this week’s unveiling has come confirmation of all of its important nutrition numbers. We do also know that the product uses similar ingredients to its Beyond Cereal Bars with a blend of milk and whey isolate as its protein source, and the new sugar tasting like sweetener allulose that has 1/10th the calories of sugar.

The major macros confirmed for the Quest Hero Bar do vary across its three delicious looking flavors which are Blueberry Cobbler, Chocolate Caramel Pecan, and Vanilla Caramel. The numbers are (blueberry/chocolate/vanilla) 17/15/16g of protein, 10/11/10g of fiber, 30/27/29g of carbohydrates, 12/11/11g of allulose, 4g of net carbs for all flavors, and a total of 170/200/180 calories.

The new Quest Hero Bar is expected to get a public launch sometime soon, with the low-calorie protein bar due to be available in boxes of 10, as opposed to the traditional 12. We also have an idea on how much it’s going to cost as a retailer has already listed the product with boxes at $27.65, working out to a relatively expensive $2.76 per bar. 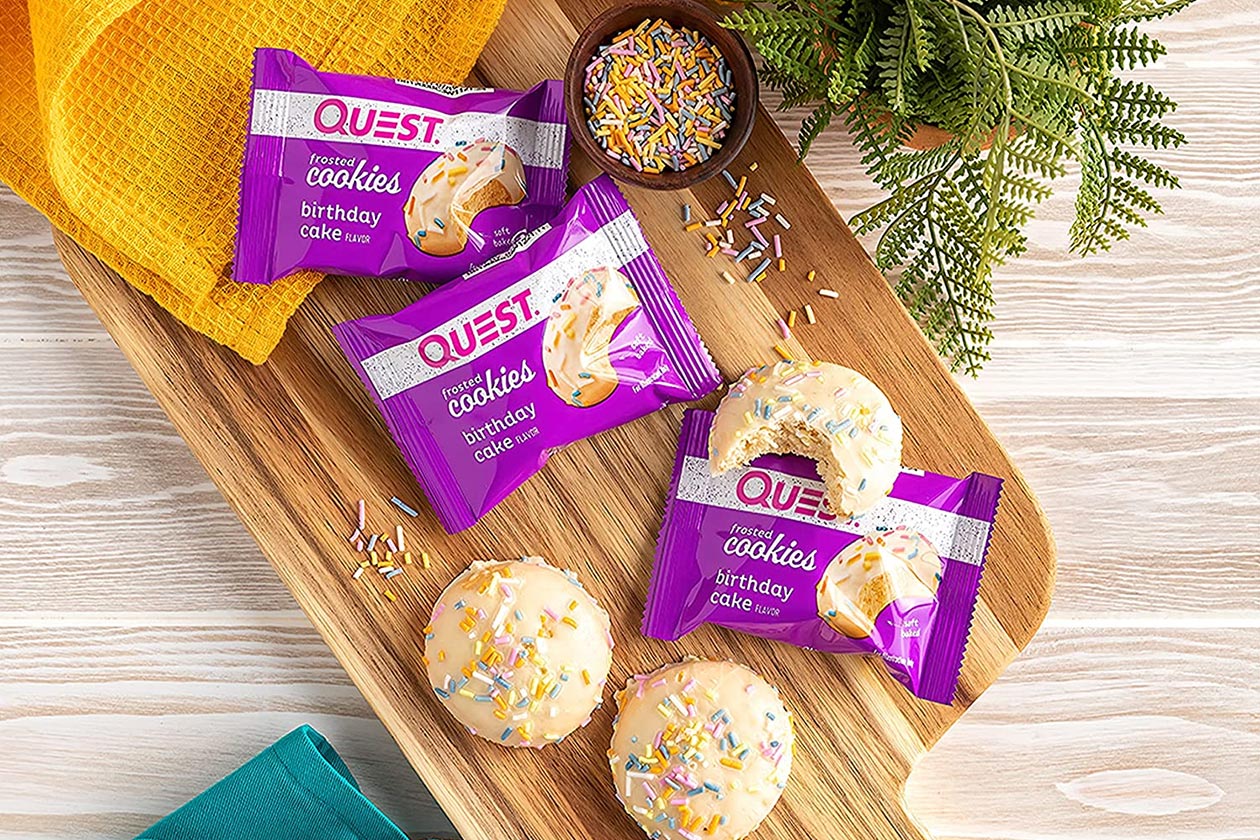 Quest Frosted Cookies are going to be on Amazon soon for a slightly better price
Oct 8th, 2021 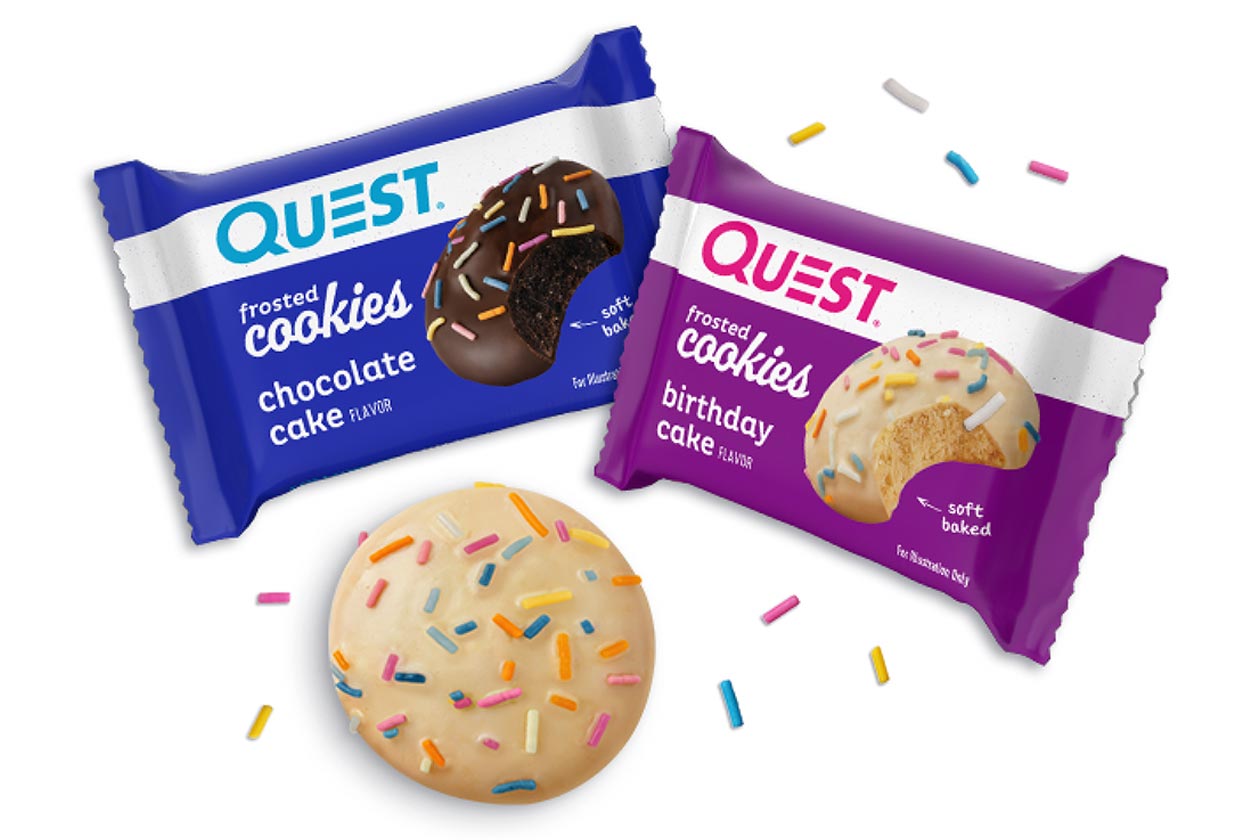 Quest Frosted Cookies arrive at $9.89 for a box of eight in Chocolate and Birthday Cake
Sep 27th, 2021