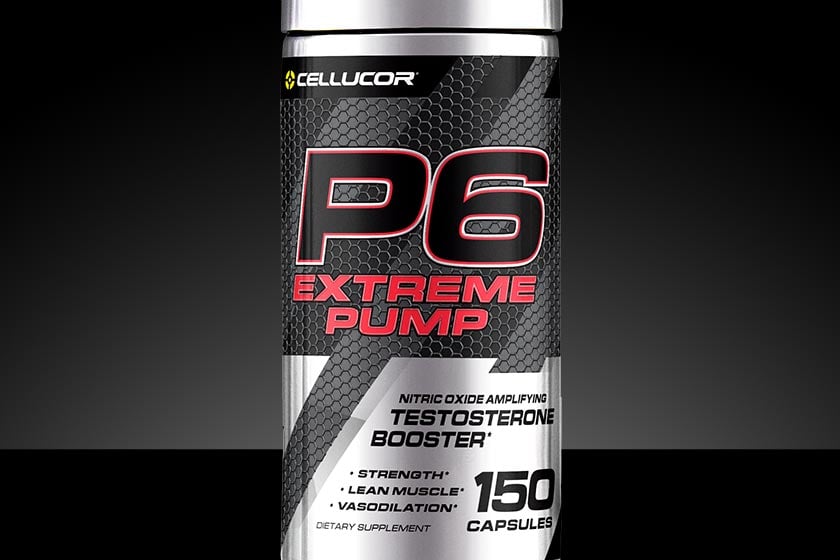 Along with the introduction of P6 Ultimate, Cellucor has also welcomed another P6 supplement today with P6 Extreme Pump. It does make sense that the brand launches the two together, as Extreme Pump looks to be exactly like Ultimate, although without the enhanced focus.

P6 Extreme Pump relies on the one non-transparent blend, weighing in at 3.175g per five capsule serving. In that blend you have the same seven ingredients P6 Ultimate uses for improved muscle size and strength, as well as increased testosterone and energy. Those seven are KSM-66 ashwagandha, fenugreek, ovine placenta, agaricus bisporus, stinging nettle, LJ100 longjack, and DIM (3,3 diindolylmethane). Taking care of the other side of the product and backing up the second half of P6 Extreme Pump’s name are two ingredients with Nitrosigine arginine inositol silicate and NO3-T arginine nitrate. As mentioned, since all of the features in Extreme Pump are in proprietary blends we can’t confirm if they’re dosed the same as they are in Ultimate. Our guess based on the size of the blends is that they probably are, if not then very close, so the results from the two should be somewhat similar, minus of course the focus.

Much like Cellucor’s other new P6 supplement, P6 Extreme Pump isn’t it any retailers just yet but can be purchased directly through its website. The price on the product is a lot lower than that of P6 Ultimate at $160, with Extreme Pump almost 40% cheaper at $99.99. The loss of the focus effect essentially saves you $60, which gives the pump infused testosterone booster a cost closer to the regular P6.