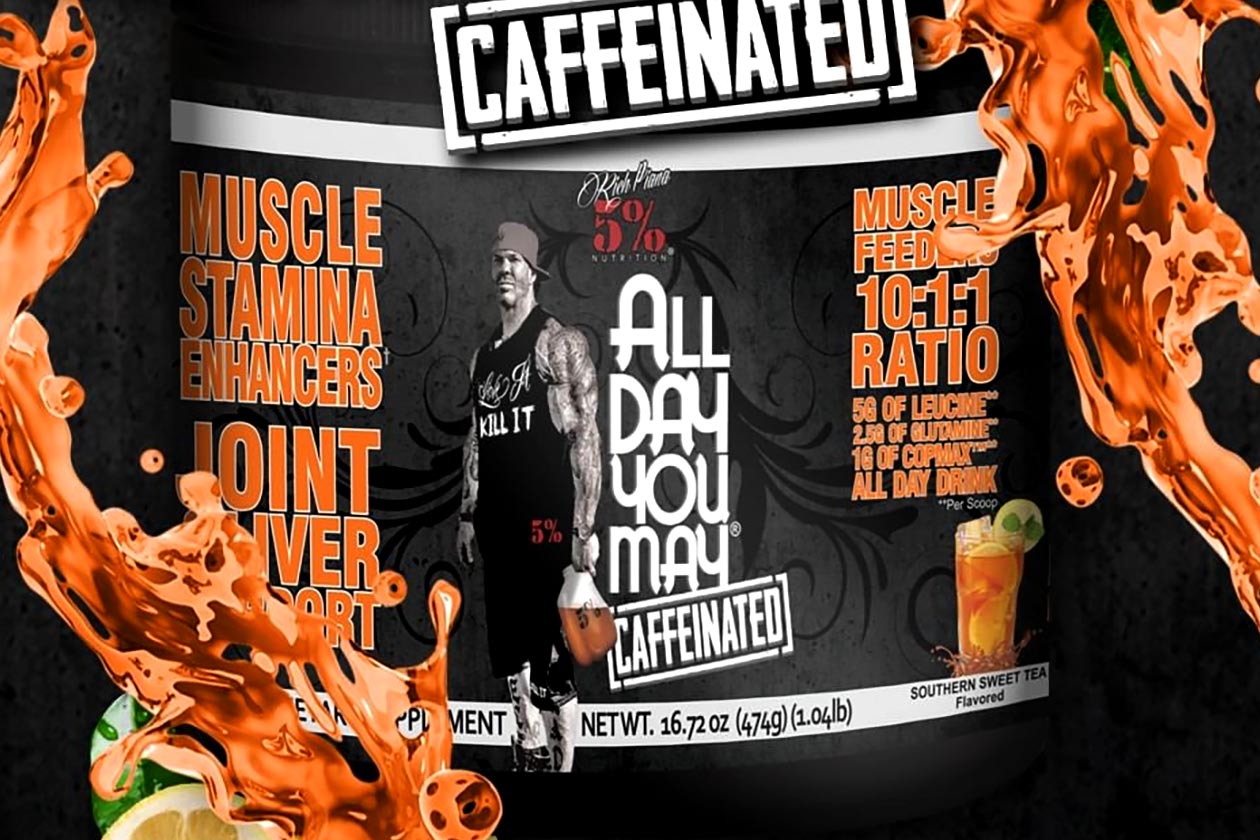 Not too long ago, Rich Piana’s brand 5% Nutrition, revealed and released an energized spin-off of its amino supplement All Day You May. The company simply combined everything from the original product with an added 125mg of natural caffeine for a nice boost in energy.

Since 5% Nutrition launched its All Day You May Caffeinated, the supplement has been available in just the one Vanilla Iced Coffee flavor. This week the brand has announced that it’s tripled the size of the product’s menu with two new additions in Southern Sweet Tea and a traditional Fruit Punch.

5% Nutrition has confirmed that both of its new All Day You May Caffeinated flavors will be available in retailers as early as this week and added to its own online store sometime tomorrow.

In this post: 5% Nutrition, All Day You May, Amino