Over the many years we’ve held our annual Brand Of The Year Awards, there’s been an increasing mention of why one supplement company deserves the overall Brand Of The Year Award over a competitor. A lot of the time, it comes down to the differences between the approach of the brands and what they do for their audience, with something from one not necessarily making sense for another.

We didn’t know what brands would be in the running by the end of the year, but we knew we wanted to honor supplement companies that equally stood above the rest in their specific area of the industry. This year, we have three Brand Of The Year winners, although it is not a draw or anything like that. These are three brands that absolutely dominated 2021 and earned the title in their own individual way.

After taking home the title of Newcomer Of The Year in 2020, Glaxon did something we did not expect in the following year, and that was to continue to march to the beat of its own drum. Glaxon originally caught the attention of a lot of people due to its unique, creative, and different approach to formulations, whether it be ingredient synergy, entirely new compounds, or a combination of categories we had not seen before.

We didn’t expect Glaxon to keep that creativity and uniqueness going as strongly into 2021; however, not only did it keep it going, the brand turned things up a notch. Glaxon proved there are types of supplements and approaches to be taken that the industry has yet to see, and consumers may not know they need them until they’re available. It did all of this while still pumping out new and familiar products and flavors, and weaving surprises and unexpected twists in between it all.

Glaxon is a brand that innovates, and it does so without any encouragement or pressure from competitors; it started to revamp its entire lineup of products less than a year after its debut, it experimented with an industry-first nootropic ice cream, it brought to market a muscle builder with an ingredient discovered by artificial intelligence, and we truly can’t imagine where it plans to go to next.

Before 2021 Apollon Nutrition was a relatively underground or hardcore-style supplement company, but by the end, if you were a regular reader of Stack3d, you were likely familiar with the majority of its lineup. If there was one thing the brand proved, it was that no matter your size, if you relentlessly improve, evolve, and pump out releases, consumers will recognize and appreciate the dedication and effort.

Apollon Nutrition absolutely packs out each and every one of its products, no matter the category, and last year; it greatly expanded its selection of supplements. There wasn’t a week or two that went by that didn’t have any mention of the hardcore company, and regardless of whether or not its high-powered pre-workouts are to your liking, you could clearly see it was giving back to its fans every way it could.

Much like we said earlier, the end result or finished product from one brand may not suit another, but the overall development is what we wanted to shine some light on. Apollon Nutrition dropped eight flavor extensions, ten reformulations, and over ten all-new supplements, two of those limited editions and four for categories it wasn’t previously in. It is a combined effort that if your favorite brand replicated, you’d have them as undisputed Brand Of The Year too.

When it comes to our Brand Of The Year Award, we generally look for quality supplements, expansion into unfamiliar categories, different formats, and consistency across the year. While Obvi isn’t your typical sports nutrition or even hardcore brand, it ticked every one of those boxes in 2021 just as much as Glaxon and Apollon Nutrition, but in its separate world of health and wellness.

Obvi dropped several flavor extensions limited edition and ongoing, and it rounded out its Essentials Series with a handful of more specific health and wellness supplements, including its mood and libido formula timed perfectly for Valentine’s Day. You also can not forget the many firsts the brand did in 2021, which were really what made its year with its first authentic collaboration, its first edible product in the Obvi Bar, its first gummy format supplement, and its first beverage, H2Obvi.

Obvi impressed the hell out of us by its effort, bravery of diving into new categories and formats other brands of its type don’t touch, and, slightly more importantly, its audience. Obvi has carved out a unique angle in the industry where the supplements it drops, the flavors it creates, and the formulas it puts together are recognized and stand out beyond its health and wellness space, and that is not easy to do.

As mentioned, Glaxon, Apollon Nutrition, and Obvi each won our Brand Of The Year Award for 2021 for their own individual efforts in their area of the supplement industry. Our tenth annual awards were the perfect time to show just how diverse the competition is out there and communicate to everyone how impressive the effort of these brands is, even though you may not be familiar with them or their products. 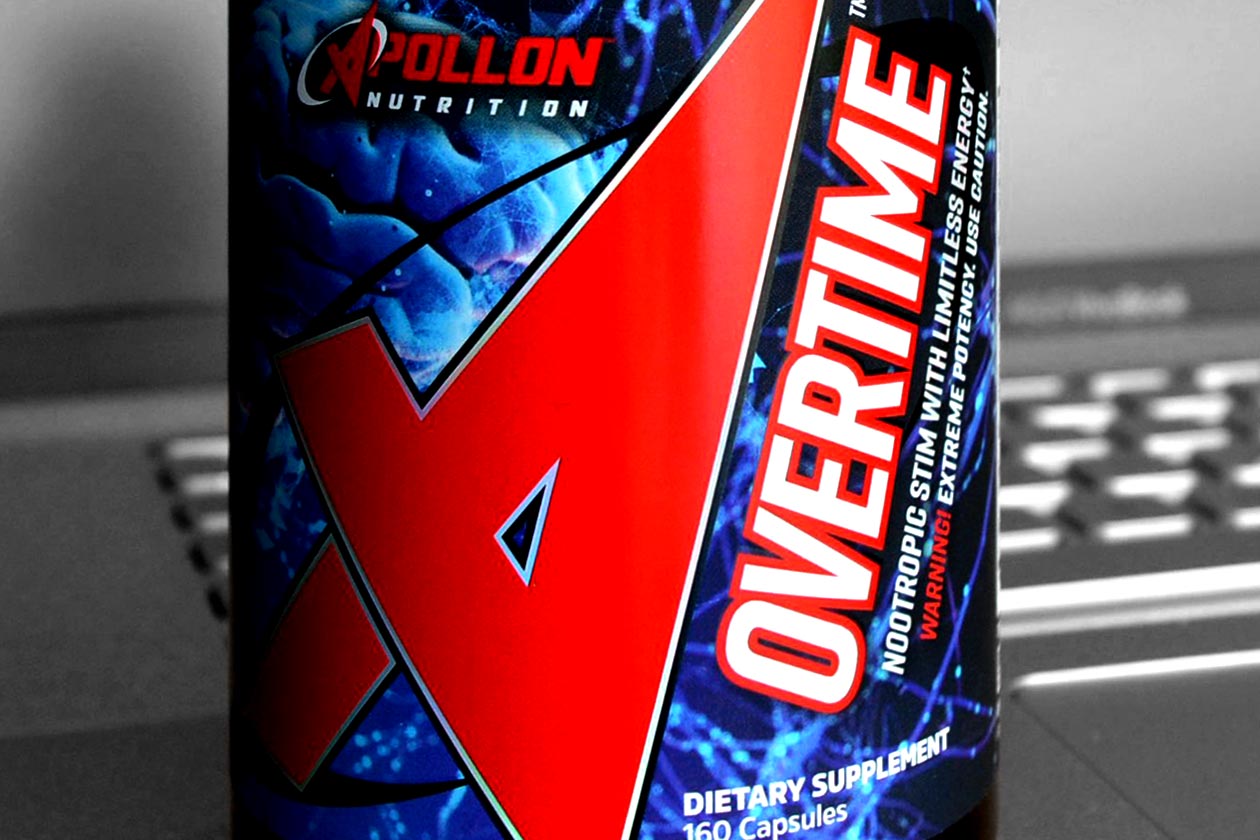