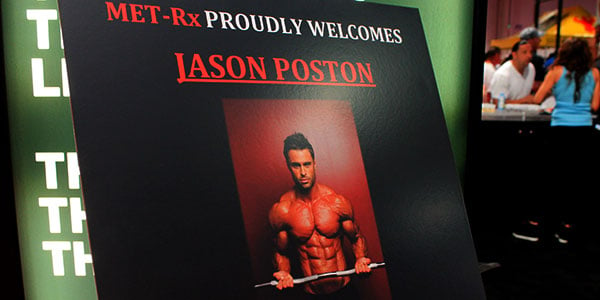 In MET-Rx’s defense we never really expect anything from them, as they don’t really release new supplements that often, even less at events. Regardless we did stop by, and while as expected they didn’t have anything new from what we could see in terms of products. MET-Rx did have a sign up welcoming their newest athlete, Jason Poston. The IFBB men’s physique competitor who is actually competing at the Olympia, today in fact. Has officially moved from Gear the brand most may recognize him from, to MET-Rx. We don’t quite know the specifics on whether or not the news was made public at the Olympia Expo, it does however look like Gear may not know as they do still have him as an athlete on their website. Again, we don’t know the specifics, but it’s either a mistake by Gear or Jason now represents two supplement companies.