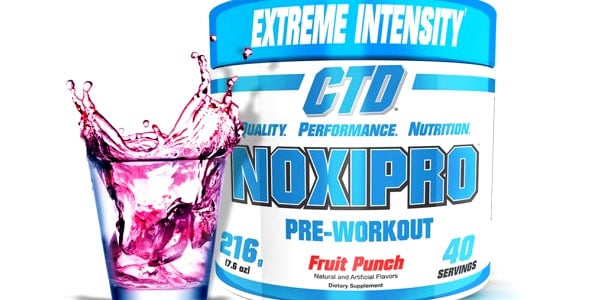 For those like us that got quite excited last week when CTD Sports confirmed the coming resurrection of their DMAA pre-workout Noxipro. You’ll be happy to hear the supplement has arrived, just as the brand promised. The reformulated product has been added to CTD’s own website offering die hard fans and interested pre-workout addicts a chance to get the supplement before it hits retailers. The earlybird opportunity unfortunately is quite expensive, sitting at $54.99 for a full 40 serving tub of the new Noxipro. While it is probably almost double what it’s going to be in stores, the direct availability has brought with it the updated product’s facts panel, something we didn’t have last week. Officially making up the pre-workout along with the previously confirmed DMBA are a few other highlights including Infinergy dicaffeine malate, higenamine as well as alpha yombine. In total there are seven other ingredients making up the very stimulant packed formula, which can all be seen below in Noxipro’s facts panel. For those interested in actually purchasing the supplement ctdsports.com is the place to go, with for now just the one flavor to choose from in fruit punch. 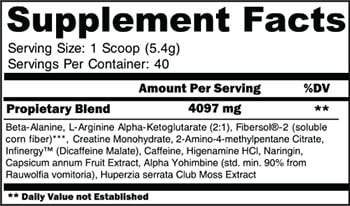