If you ever wanted to have a bit of Carnivor on the go, but for whatever reason you didn’t like the fruit flavored shots MuscleMeds have available. The brand have got something coming soon that sits in between their current two options. After a mass variant with Carnivor Mass, more flavors than you can count on one hand, an edible version as well as a gourmet edible version. It was really only a matter of time before MuscleMeds put together an RTD. An on-the-go solution is exactly what the brand have now got lined up, with two tastes taken from the powder’s menu. The first is one fans will know from Carnivor’s original line up with the traditional chocolate, and a second in vanilla caramel which didn’t actually get added to the supplement until Carnivor Mass launched with it. The premixed variant continues on with MuscleMed’s zero fat and sugar highlights, then goes one step further packing just 2g of carbohydrates to 40g of protein, in turn dropping the calories all the way down to 180. The Carnivor RTD is expected to arrive sometime within the next few months and will do more than just give fans a convenient alternative. The release will officially make it eight different types of Carnivor for MuscleMeds, adding to the one product inspired family that very few brands if any, come close to in size. 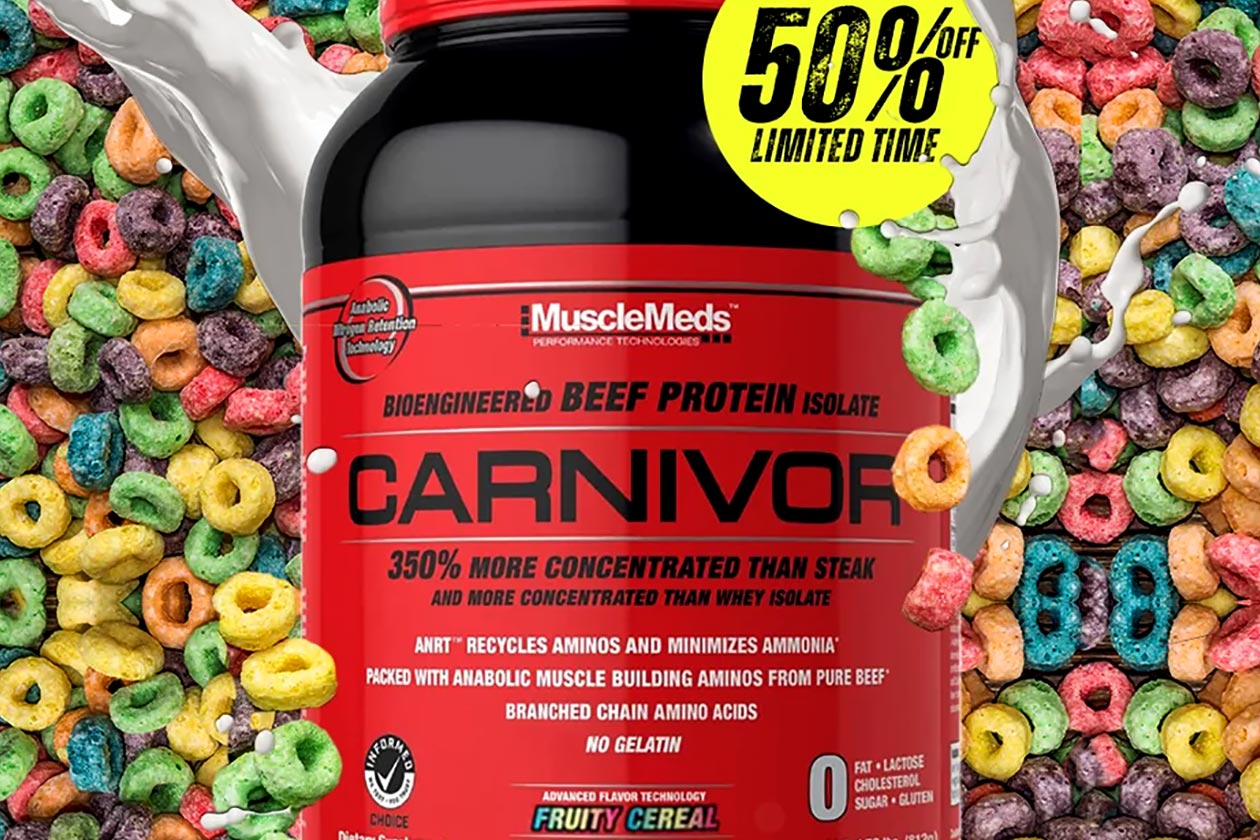