Speed Xtreme returning under Genomyx with a 4.4g proprietary blend

Since February Genomyx and Lecheek Nutrition have been teasing the return of the latter’s most well-known pre-workout supplement, Speed Xtreme. There was originally a bit of confusion with its branding as both Genomyx and Lecheek’s logos were on the product. That was eventually cleared up with Genomyx ending up being the only one on Speed Xtreme. To keep things going the label for the pre-workout has now been released, revealing a fairly straightforward combination.

The upcoming Speed Xtreme features eight main ingredients, all of which are wrapped up in a single proprietary blend however its different forms of caffeine are transparently dosed. In order, the features making up the supplement’s blend are beta alanine, creatine monohydrate, agmatine, caffeine anhydrous, caffeine citrate, Infinergy dicaffeine malate, olive leaf, and green tea. All together the ingredients weigh in at 4.4g per maximum serving, with the caffeine anhydrous dosed at 150mg and the other two caffeines at 75mg each. The wait is now on for the release of Genomyx’s Speed Xtreme, which is expected to go down soon and through the major retailer Bodybuilding.com. As previously confirmed the product is going to be introduced in just the one 40 serving tub size with just two flavors on its menu in Smooth Lemon and Fruit Punch. 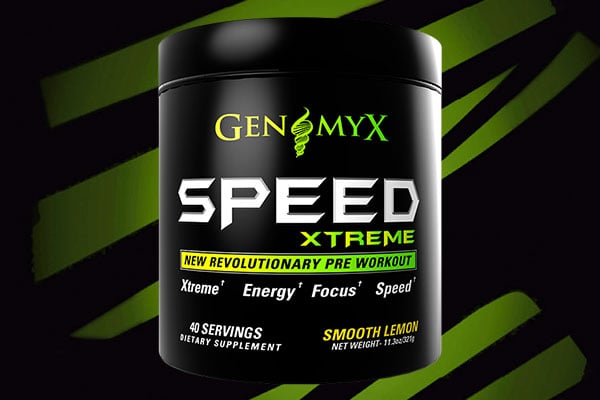 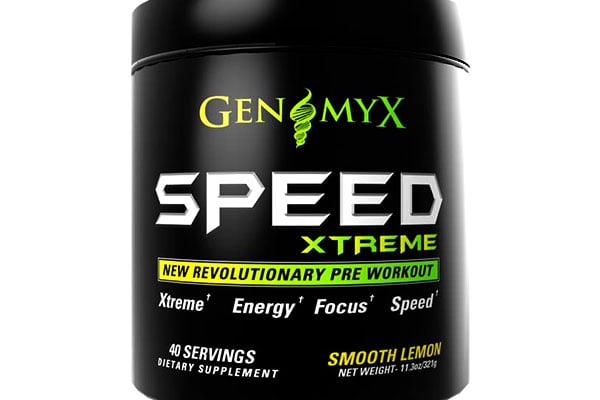 Genomyx now the only name on the upcoming Speed Xtreme -