MET-Rx Sports Series interesting once you get past the confusion 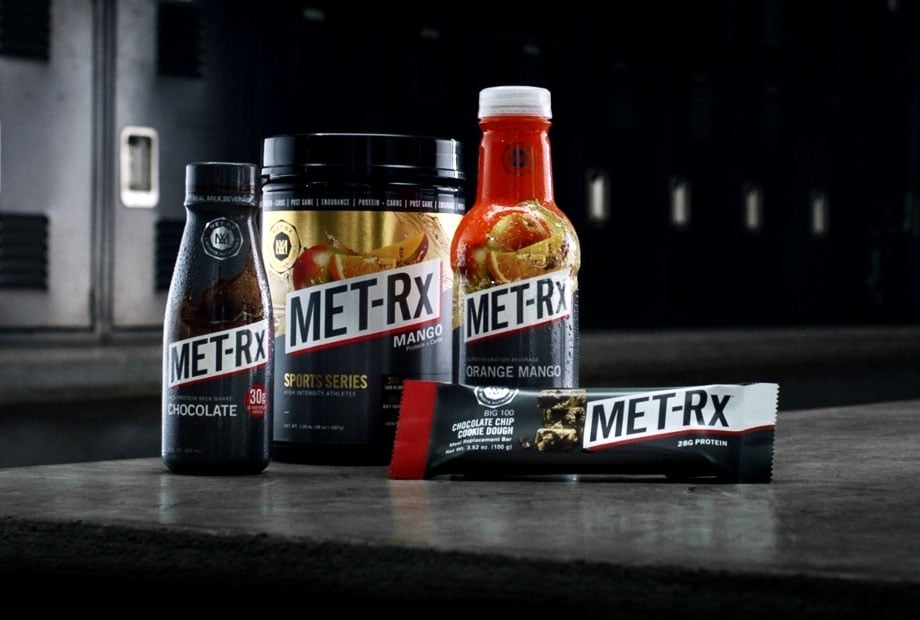 Last week we posted about the four alternatively branded supplements MET-Rx unveiled a few months ago. The products are all fairly straightforward with their names explaining exactly what they are such as Post Workout Protein Powder being your typical protein powder. As it turns out there is actually a bit more to the latest from MET-Rx, which we did initially miss purely because it’s all very confusing.

Every day we see a lot of different supplements from a wide variety of brands, however we have never seen anything like what MET-Rx has put together. While that may sound like a good thing, it is quite the opposite. By never before seen, we don’t mean it has some impressive looking products or anything, but that it has four very different formulas that look as identical as you can get. 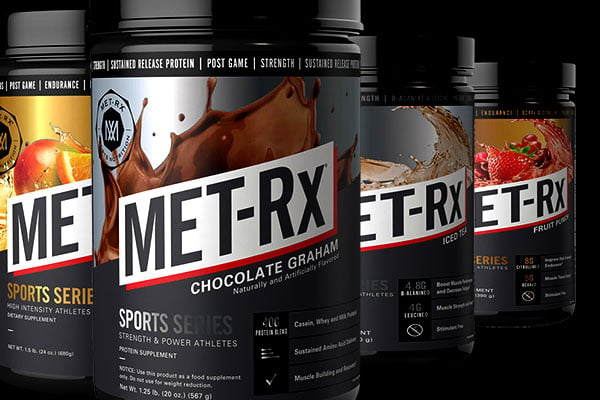 After spending a few minutes trying to wrap our heads around what MET-Rx has actually come up with, we now feel like we can explain everything a little easier. In total there are four powder supplements that have the brand’s different and much darker look, that all appear to be a part of what is being called the MET-Rx Sports Series.

All of the Sports Series products have pretty much the same titles on their tubs, although two are subtly labeled as Post-Game and the other two Pre-Game. Despite having similar descriptions or at least categories, each of the two Post-Games and Pre-Games do have very different formulas. The best way to tell them apart is to look at their highlights as they all promote different sets of ingredients.

The two Post-Game supplements are a lightly dosed protein powder with carbohydrates and carnitine, and the previously previewed simple protein blend. As for the two Pre-Games they’re much more different with one being a mix of BCAAs and citrulline, and the other a complex combination of beta-alanine, leucine, citrulline, fenugreek, and rooibos extract. 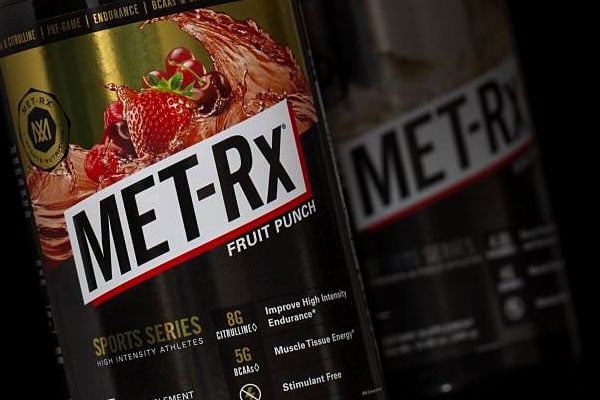 There are official descriptions of all the MET-Rx Sports Series supplements on the brand’s website, however that is what got us so confused in the first place. Firstly the brand has titled both of its Post-Game products “Sports Series Post Workout Protein Powder”, and both of its Pre-Games “Sports Series Pre Workout Protein Powder” despite neither of them having protein. Secondly MET-Rx does have the exact same description listed for both of the Pre-Games, but two very different labels as you can see above.

At the end of the day MET-Rx has basically put together a new line called the Sports Series, that has four different products. Once you get past the confusing branding and poor display of information on its website, the brand’s latest effort is quite interesting. With 100% transparent formulas, two of which are caffeine free pre-workouts, the MET-Rx Sports Series certainly isn’t your usual set of supplements.