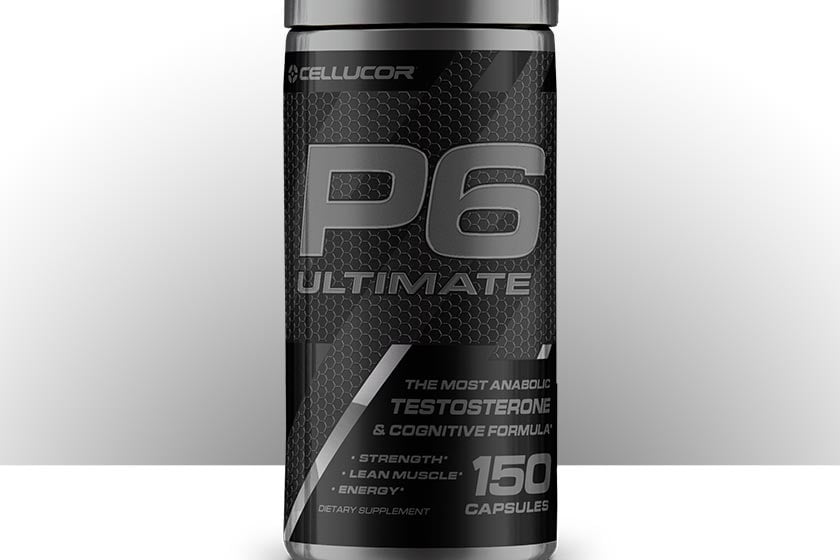 When Cellucor launched C4 Ultimate, its most transparent and complete pre-workout to date, we said that it’d be great to see the brand expand into an ultimate series. By that, we meant more fully loaded versions of other products like SuperHD Ultimate or NO3 Ultimate. Details on exactly that have now surfaced, introducing Cellucor’s second Ultimate supplement called P6 Ultimate.

The “P6” name is something Cellucor has used for as long as we can remember for any product it enters into the testosterone boosting category. P6 Ultimate is another one of those products, which doesn’t set itself apart from the other P6s with more testosterone ingredients, like C4 Ultimate and the other C4 pre-workouts. What makes Ultimate different, is that it incorporates more effects, being a testosterone, pump, and focus formula.

When it comes to the list of ingredients in P6 Ultimate, it is broken up into two non-transparent blends, one for the testosterone features and one for pump and focus. The former includes a lot of ingredients from previous P6 releases with a 2.275g blend of KSM-66 ashwagandha, fenugreek, ovine placenta, agaricus bisporus, stinging nettle, LJ100 longjack, and DIM (3,3 diindolylmethane). The testosterone mix promises to help improve muscle size and strength, as well as increase testosterone levels and energy. 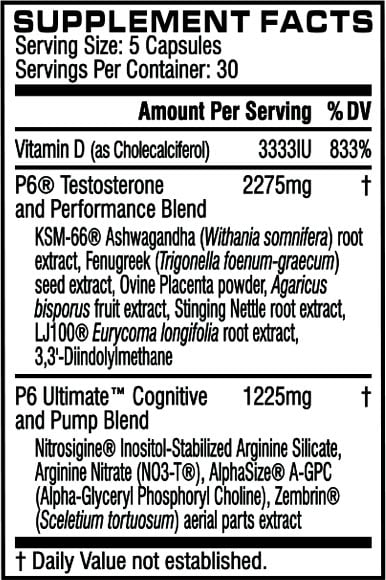 The second half of P6 Ultimate’s formula is responsible for enhanced muscle pumps, and support for improved memory, focus, concentration, and mental clarity in and out of the gym. The ingredients backing up those highlights come in a 1.225g blend featuring Nitrosigine arginine inositol silicate and NO3-T arginine nitrate for pumps, and AlphaSize alpha-GPC and Zembrin sceletium tortuosum for the mental side of things.

There doesn’t appear to be any retailers stocking P6 Ultimate just yet; however, you can head to Cellucor’s own online store where the supplement is now available. The price is unfortunately quite high, in fact more expensive than the majority of the products we post about, at $159.99 for a full size 30 serving bottle. While that may sound like a lot, if you’re a fan of the P6 series, it won’t be too surprising as it is around the same as the cost of P6 Xtreme.