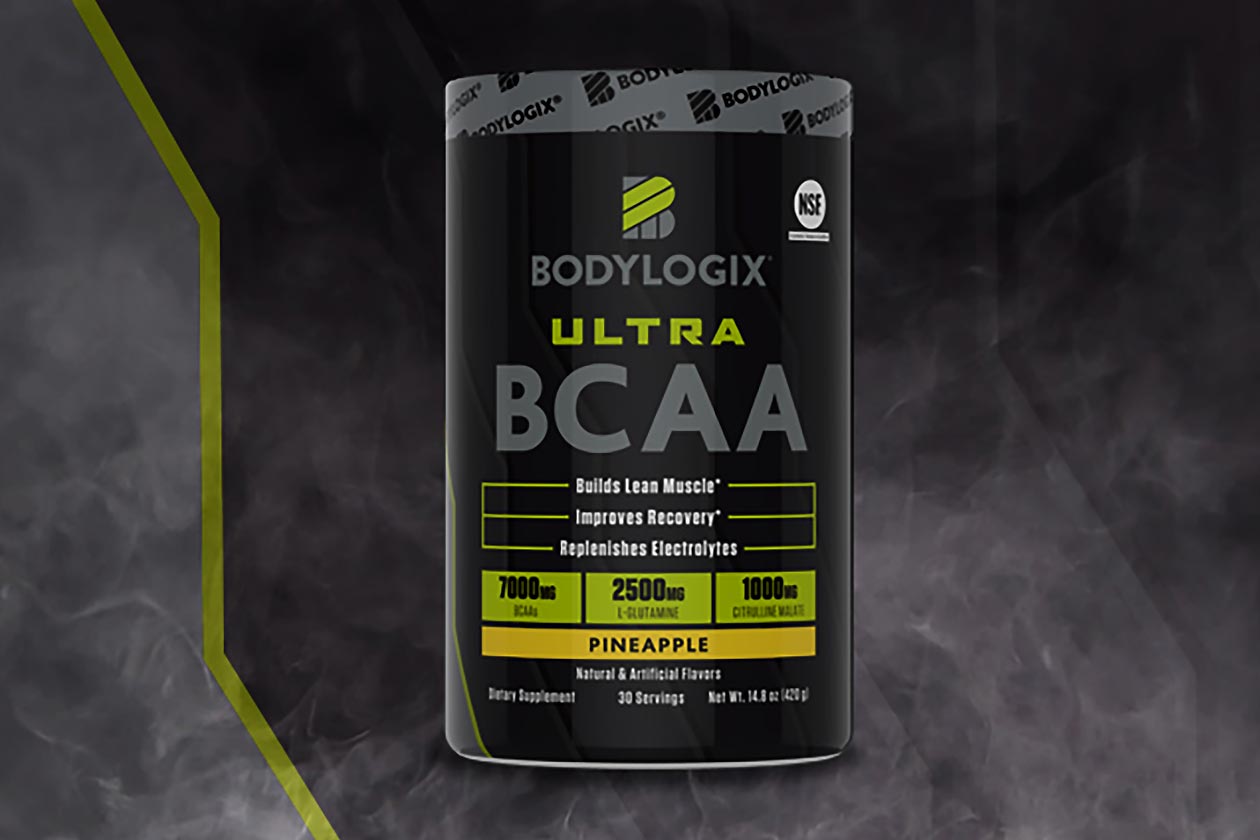 Back at this year’s Olympia Expo we got a first look at Bodylogix all-new branding as well as a preview of its upcoming Ultra Series. Just like it sounds, Bodylogix confirmed that the Ultra Series is a more advanced line of supplements with at least one product in it called Ultra Whey.

This week the brand has completely unveiled another supplement in its still upcoming Ultra Series with Ultra BCAA. As promised the product features a slightly more advanced amino formula designed to help with recovery, hydration, and build lean muscle. The list of ingredients in Bodylogix new Ultra BCAA includes 2:1:1 fermented BCAAs at a heavy 7g per serving alongside 2.5g of glutamine, a gram of citrulline malate, and a 1.17g blend of electrolytes. If that combination seems at all familiar, that’s because it’s very similar to the well-known Scivation Xtend which has the same dose of BCAAs, glutamine, and citrulline.

As far as we know, Bodylogix plans on launching its new Ultra Series sometime in the near future, with what we now confirm to be at least two supplements. We can also reveal that when Ultra BCAA does eventually arrive, it’ll be available in five 30 serving flavors with Crisp Apple, Iced Tea, Cream Soda, Pink lemonade, and Lychee.