Since we met Performax Labs, the top-rated brand has been pretty good with trying to stay on top of the industry especially in the pre-workout category. It’s powerful pre-workout competitor HyperMax, has been updated numerous times, with each version getting better and better.

With Performax Labs’ latest iteration of HyperMax, which was unveiled earlier this month. The brand proved its devotion to staying on top of the popular pre-workout market once again by making a handful of improvements to the supplement. Over the past couple of weeks we’ve had the pleasure of putting the updated HyperMax to the test, and can now confirm Performax has once again taken the product to another level.

The major changes Performax Labs made to its powerful HyperMax formula were a switch to regular beta-alanine, more citrulline, no more glycerol, and a lot more for energy and focus. While the tweaks may not appear to be all that significant on paper, they make a massive difference in the gym. Like with most pre-workouts, the first thing you get hit with by the new HyperMax is its kick. This one, however, packs a punch much stronger than your average pre-workout, even strong compared to the stimulant heavy supplements out there. It hits with a surge of energy, not so much focus to begin with, although it does calm once you get in the gym and start moving.

As HyperMax’s rush smooths out you’re left with a nice, natural feeling, powerful level energy, that’ll make you want to take on your workout at 110%. Not too long after that energy gets to a controllable state, it’s joined by an equally impressive driving, enhanced mental focus. The two make for an unforgettable synergistic combination that has you feeling confident, strong, energetic, and all together mentally and physically unstoppable.

While the energy and focus are both top quality in HyperMax, that is far from all the pre-workout has to offer. Like all good competitors in the category, Performax Labs’ product is an all-around experience mixing in enhanced muscle pumps as well as a performance aspect that is like no other. On the pump side of HyperMax, you’ll find it helps get you full much faster, even on days where you’re not doing a pump focused program. It provides a dense, hard pump, which makes for a truly awesome workout especially with the energy and focus involved, which never faded at all during our workouts with it.

The last feature to HyperMax is its performance and endurance enhancement, something that always sets the top pre-workouts apart from the rest. This isn’t about heavy stimulants or how long the energy lasts, this is what we describe as a natural refueling effect, which increases your intensity and output ability and works in with the pre-workouts other features.

Basically, with HyperMax’s performance enhancement, you can take your workouts to that next level. Regardless of whether you cut your rest periods, increase the weight, both, or anything else you want to do to lift the intensity of your workout. HyperMax will ensure you hit every set with full force, confidence, and the power to get it done. It’ll help make you capable of things you didn’t think you could do and have you thinking, feeling and performing without any doubts. 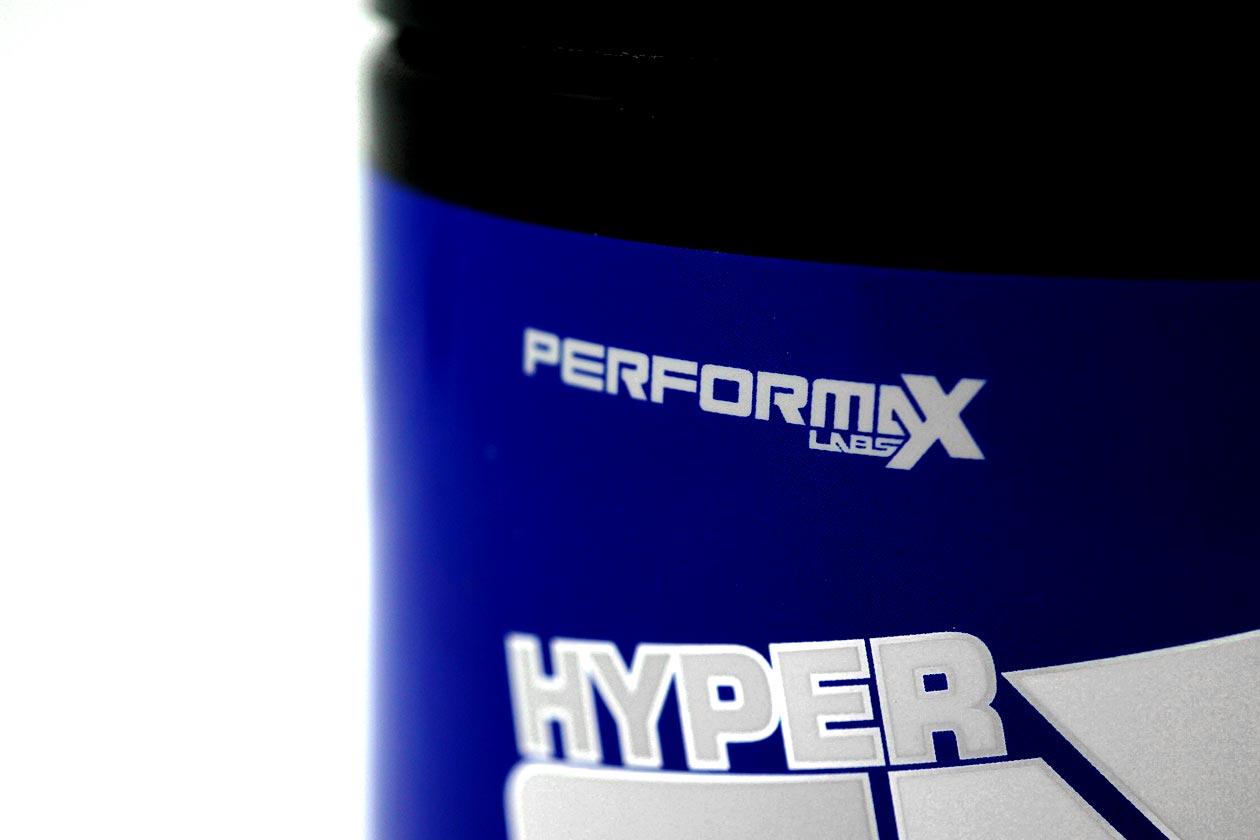 One of the best available

We rarely ever say this, but Performax Labs HyperMax is hands down one of the best pre-workouts on the market. It brings together a combination of ingredients that delivers everything you could want with powerful energy, a confident mental drive, solid pumps, and a performance ability that’ll have you addicted from the first serving.

As mentioned in the beginning, Performax Labs has improved its pre-workout many times over the years, although the latest version is definitely its biggest leap so far. It comes through in areas its predecessor didn’t and lifts its game where it was already very strong.

For those interested in serving size, we found a slightly heaping serving to be best. We did try a bit more with an actual heaping scoop, which only seemed to increase that initial hit of energy. After that hit smoothed out, we didn’t really notice any changes in other areas.