Core Nutritionals has relaunched its whole food based gainer Core Grow this week, which appears to be all about its new and improved flavoring. Contents wise the brand has stuck to the motto of “if it ain’t broke don’t fix it”, by making very few changes to the formula behind Core Grow.

In terms of macros, the updated Core Grow features a very similar balance to its predecessor. Each of its servings packs 40g of protein mostly from whey concentrate, 80g of carbohydrates from a blend of oatmeal, quinoa, sweet potato, and now also barley flour. Then lastly 13g of fat, which is a bit more than the previous Core Grow, from a blend of coconut oil, avocado, and MCT oil powder. 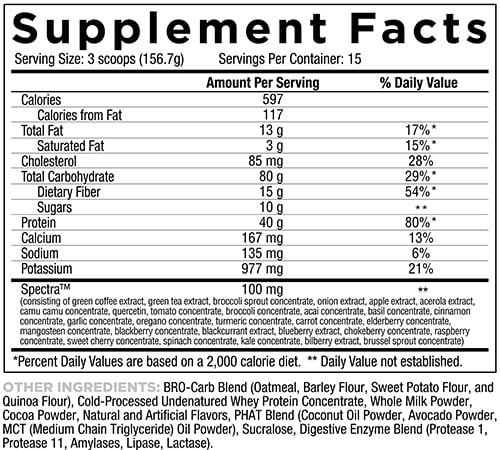 Core Nutritionals has kept its digestive enzyme blend in Core Grow as well, and added an all-new feature with 100mg of the fruit and vegetable Spectra blend. As mentioned Core has also updated the supplement’s menu, which now consists of two flavors that will apparently “change your life” in Peanut Butter Pie and Chocolate Bliss.

As per usual, Core has launched its latest product with a solid introductory deal. For a limited time through corenutritionals.com, you can get a full 15 serving tub of Core Grow for $50. The brand is also throwing in a free Crush It beanie and a sample of its GDA Core Load.