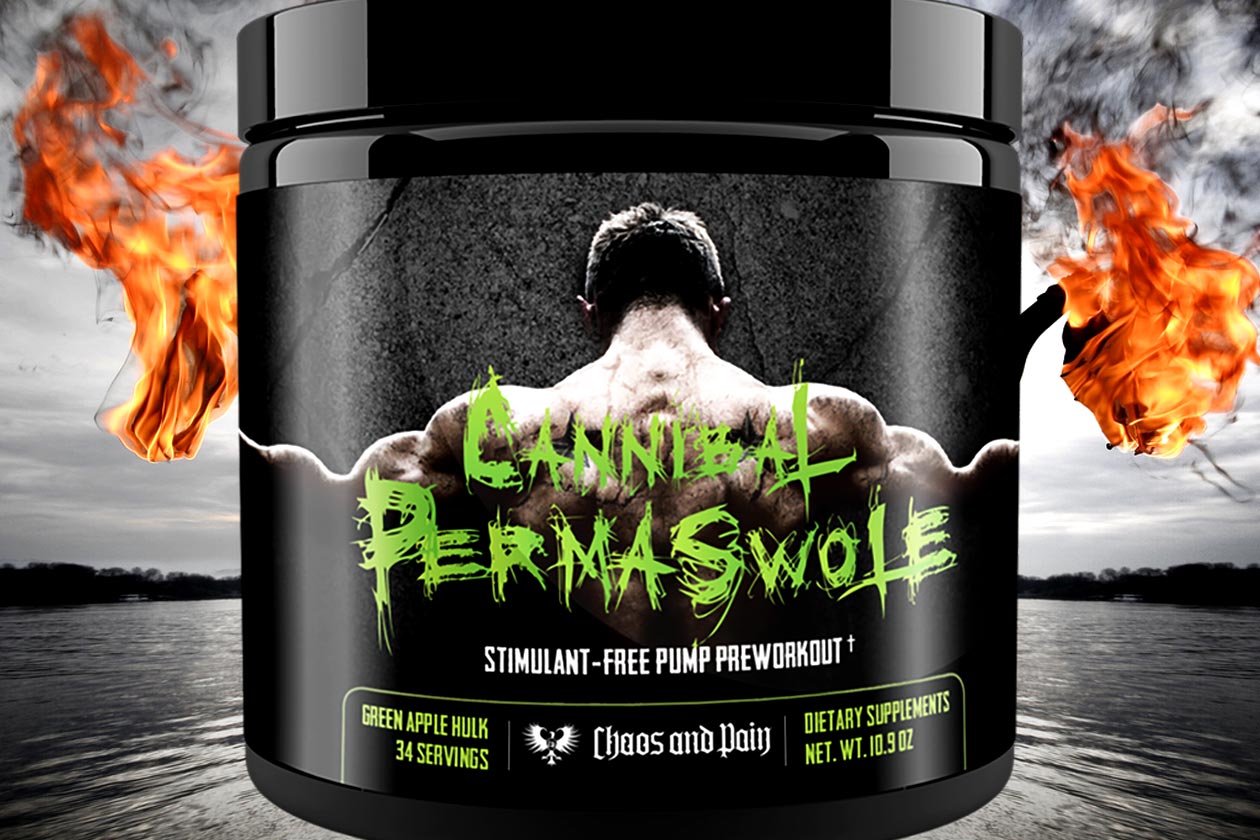 Chaos and Pain is gearing up to release a new version of its long-running, stimulant-free, pump pre-workout, Canniabl Permaswole. The upcoming update features a lot of the same ingredients as the current Permaswole formula although a couple of them are at slightly bigger doses.

Like all good pump pre-workouts, the primary goal of Chaos and Pain’s new Cannibal Permaswole is to help enhance muscle pumps while you workout. For the 2018 reformulation, the brand has added a few new ingredients that weren’t in the previous Permaswole, including the increasingly popular branded compound, Vaso6.

Each serving of the new Cannibal Permaswole provides twice as much citrulline malate and beta-alanine than its predecessor at 4g and 3g respectively. You then have 300mg of Vaso6, 2.5g of betaine, 600mg of potassium nitrate, 100mg of hesperidin, 10mg of black pepper for absorption, and just like the previous Permaswole, 200mg of norvaline and 150mg of resveratrol.

We’re not sure when Chaos and Pain plans on unleashing its updated Cannibal Permaswole, but it does sound like it’ll be dropping soon. If it’s anything like previous new supplements from the brand, you can also probably expect the product to launch with some sort of deal through the Chaos and Pain website.