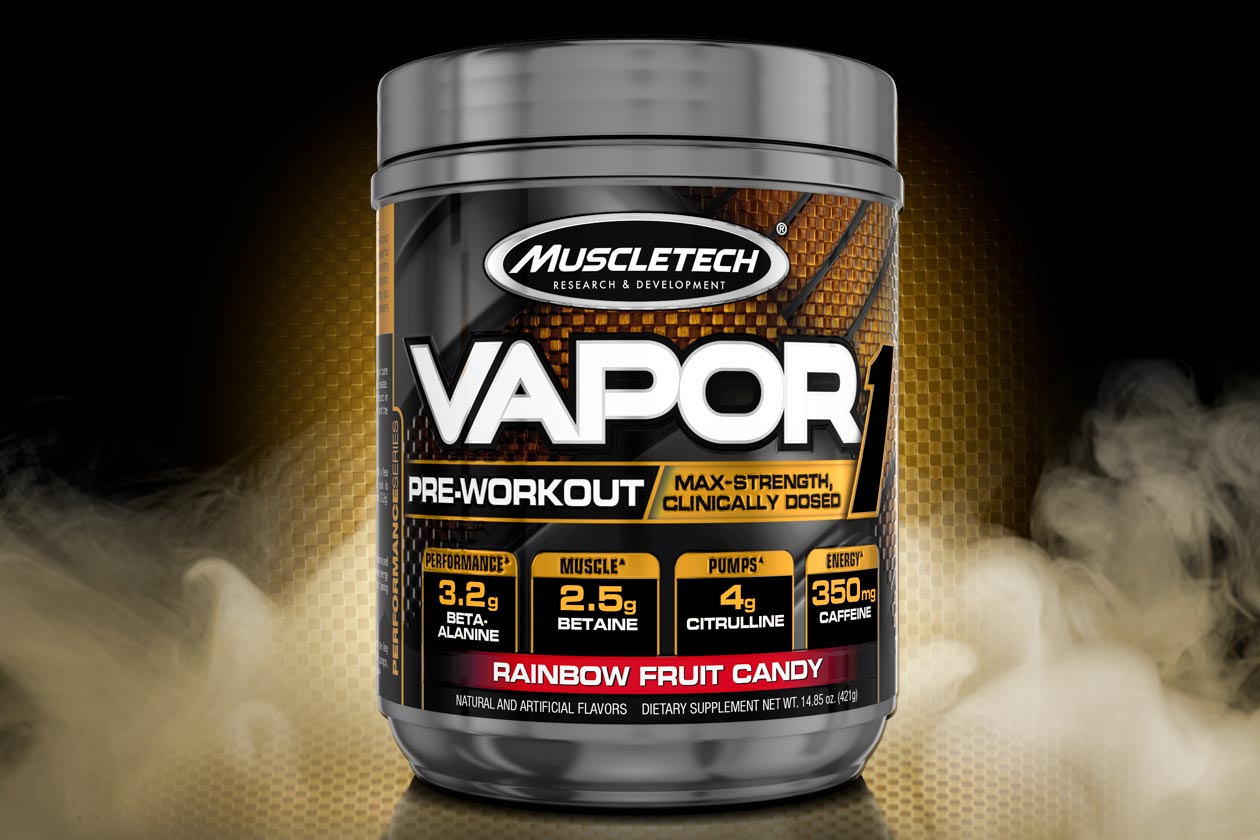 The first complete look at the upcoming pre-workout supplement Muscletech Vapor 1, has been released. It confirms a number of details we didn’t know about the product before, giving us a much better idea on what the next entry in Muscletech’s line of Vapor pre-workouts will be like.

To start, we’ll go over the benefits the preview of Muscletech Vapor 1 confirms, which suggests the supplement is aiming to deliver an all-around pre-workout experience. The product appears to feature ingredients for improved energy and mental focus, superior muscle pumps, and better performance.

As far as the ingredients revealed go, Muscletech lists four of Vapor 1’s main features right on the front of its tub. They include 350mg of caffeine, 2.5g of betaine, 4g of pure citrulline, and 3.2g of beta-alanine, with all of those ingredients and doses apparently being served up in a single scoop serving.

Muscletech Vapor 1 is due to launch sometime very soon in two creative flavor options with Rainbow Candy and Jujube Gummy. The pre-workout will be available for purchase from major supplement retailers including Muscle & Strength, Bodybuilding.com, and the Vitamin Shoppe.