Next week for Black Friday, Muscle Sport is releasing an all-new pre-workout supplement named Rhino Rampage. The product comes loaded with seven premium, branded ingredients and is actually said to be the brand’s strongest stimulant formula to date, including the likes of juglans regia and eria jarensis.

Increased energy and enhanced mental focus are the two primary effects of Muscle Sport’s upcoming Rhino Rampage. While the supplement does have a variety of ingredients for a variety of benefits, the majority of the compounds in the mix are there to help provide those two effects.

To take care of the stimulant side of Rhino Rampage, Muscle Sport has an 890mg blend, which comes with two types of caffeine in regular anhydrous and Infinergy. The rest of the blend is made up of over ten other ingredients, including tyrosine, Dynamine, TeaCrine, and the powerful pair of juglans regia and eria jarensis.

The ingredients outside of Rhino Rampage’s blend are KannaEase sceletium tortuosum, 2g of the Pepform citrulline complex, 2.5g of beta-alanine, and 50mg each of norvaline and Amentopump amentoflavone for pumps.

Once again, Muscle Sport plans on unleashing its stimulant heavy Rhino Rampage, next week for Black Friday, where it’ll likely be launched alongside a rather large deal or discount. It comes with 30 full-size servings per tub, and three, no doubt delicious flavors to choose from in Jungle Juice, Mango, and Wildberry.

It is also worth mentioning that Muscle Sport’s upcoming Rhino Rampage is different from its already available capsule pre-workout that goes by the same name. That Rhino Rampage was launched last year and does feature a similar formula to the new powder version, also featuring juglans regia and eria jarensis. 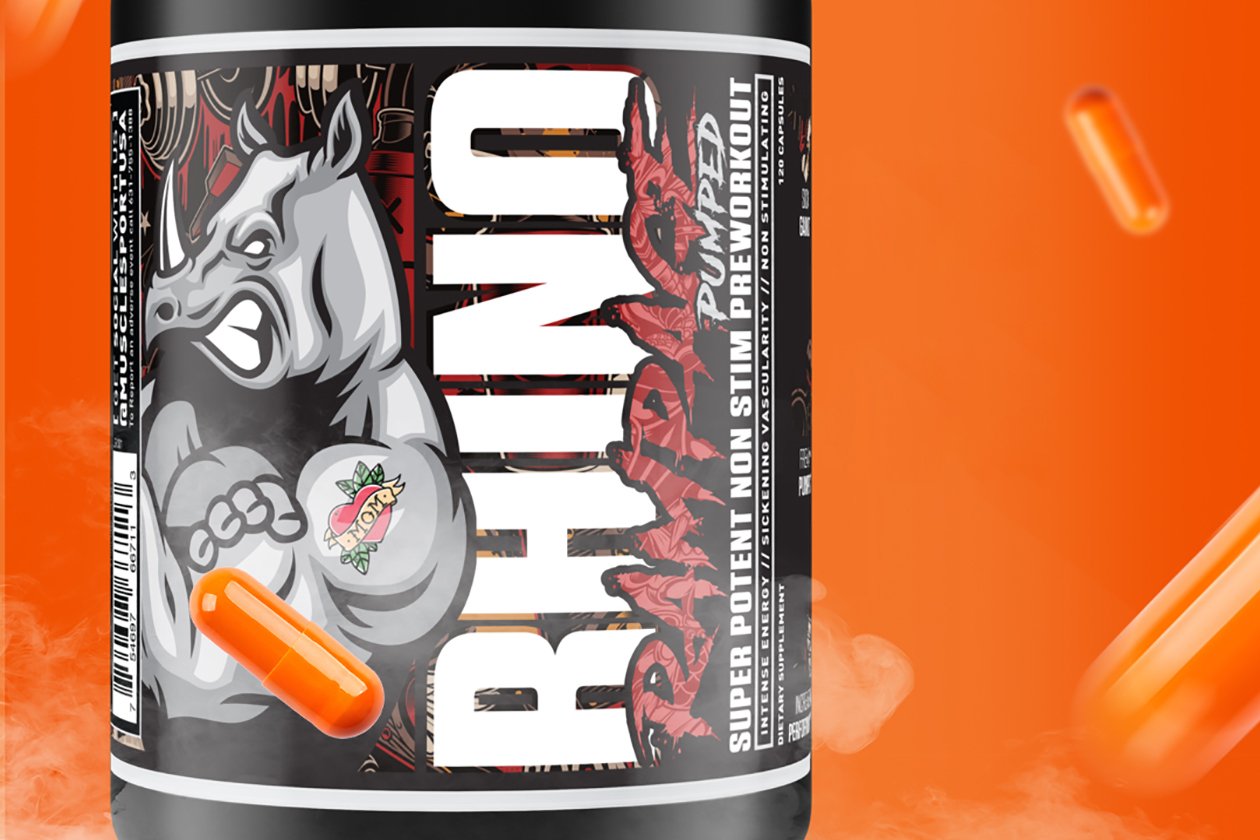