An all-new version of Chemical Warfare’s stimulant-free pump and focus enhancing pre-workout, Nitro Pump, has been introduced at this year’s Stack3d Supplement Expo. It is one of a few revamped products the UK brand has brought to the event, the others being a refreshed take on its stimulant pre-workout The Bomb and its recovery supporting amino, Intra Surgance.

This post covers Chemical Warfare’s updated Nitro Pump, and it is indeed updated, featuring a lot of the same ingredients as the 2021 edition of The Bomb, however as mentioned, it doesn’t have any stimulants. To push muscle pumps, each serving has 6g of pure citrulline, 5g of Glycersize glycerol, 2.5g each of taurine and betaine, 150mg of the S7 pump blend, and a full 1.5g of Nitrosigine.

Then on the other side of the new Nitro Pump, Chemical Warfare has included a handful of other ingredients to improve and enhance mental focus. For that, you get half a gram of n-acetyl-l-tyrosine, 100mcg of huperzine a, 200mg of alpha-GPC, and to improve absorption of the formula, the brand has also thrown in 10mg of BioPerine and 50mg of AstraGin.

Chemical Warfare does say you can stack the improved versions of The Bomb and Nitro Pump, although, with the cross-over ingredients like citrulline and betaine, it’s no surprise it doesn’t suggest full servings of each. Instead, the brand directs fans to combine one scoop of The Bomb and one of Nitro Pump.

Like Chemical Warfare’s updated The Bomb, the refreshed Nitro Pump is due to hit the market in the coming months, in Superstars, Disco Candy, and Dragon’s Blood flavors. A full-size tub of the supplement will cost a bit more than its predecessor at £38.99 (53.85 USD), and it has fewer maximum servings at 20 or 40 half servings, which is the same serving approach as The Bomb. 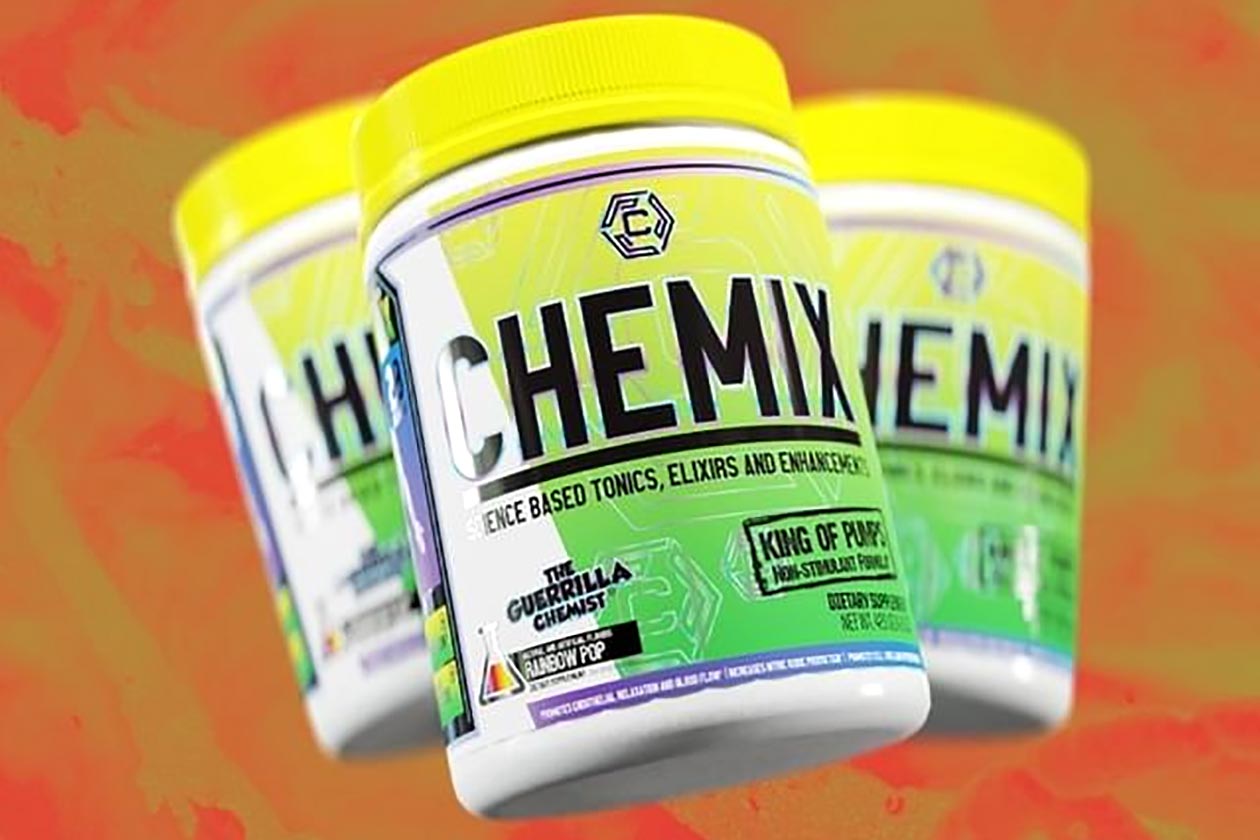