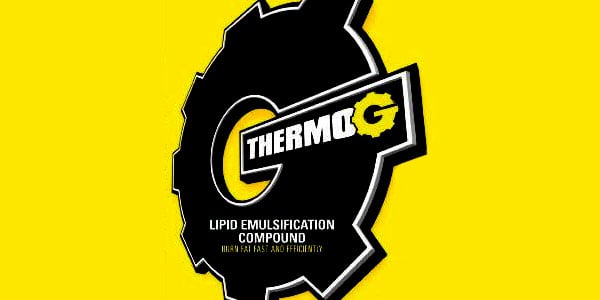 Gear have come through as promised giving away samples of their new fat burner ThermoG, before it’s even on sale. The brand originally launched their Facebook competition two weeks ago now, and have today named their 10 lucky winners. To go with the early ThermoG sampler announcement, Gear have also released the facts panel for their upcoming supplement. The brand haven’t unfortunately uploaded a label with great detail so not all of the ingredients we’re going to name may be correct, but we do know there is a total of 13 in the formula. From what we can make out ThermoG features 250IU of vitamin D3, 75mg each of l-carnitine l-tartrate and green tea, 70mg caffeine, hordenine, theobromine, 5-HTP, raspberry ketones and yohimbine. Despite us not listing some of the numbers, the product is 100% transparently dosed, although as mentioned the facts panel Gear have uploaded is not the clearest. ThermoG will most likely be welcomed quite well by fans of the brand, as it is both Gear’s first capsule supplement and first effort in the competitive weight loss category.