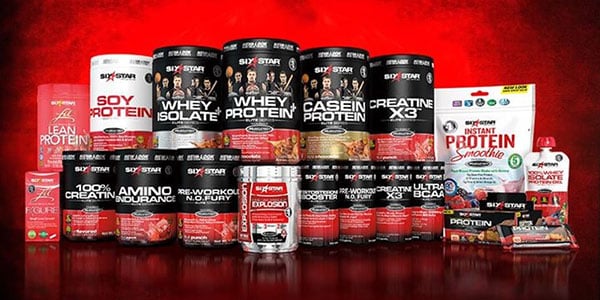 Just three days ago Six Star Pro Nutrition started teasing the coming on something new, that we guessed would either be a whole lot of new supplements or a complete rebranding. The latter was highly suspected to be the case due to the fact that an actual image of a rebranded Whey Protein+ was spotted in both a different theme and bottle. Today Six Star have confirmed that a complete rebranding is what they’ve put together, although there are also a few product changes. In the family photograph above you can see almost all of what the brand have done, looking like just your average makeover. That being said a few supplements are missing including Muscle Building Milkshake, Mass Gainer, the men’s and women’s Vitamin Sport Packs, and Pre-Workout Ignition which we believe to be the newly named Pre-Workout Fury. As for additions or products that haven’t been left out but changed. Despite it missing from the picture above Six Star’s Amino Max with its formula unedited, has been recolored in a chrome theme matching Pre-Workout Explosion, and a supplement called Amino Endurance has been unveiled. Almost all of the products and changes can be seen in more detail on Six Star’s website, where fans can also go and get a glimpse of what their favorite range of products now looks like.