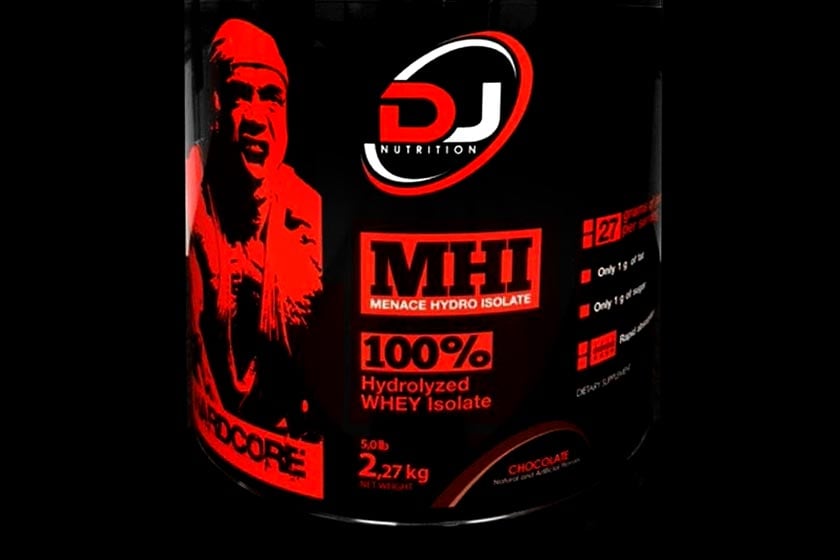 Since we first posted about Dennis James’ supplement line simply called Dennis James Nutrition, we haven’t heard about anything new from it. The brand has been keeping with the same four products it launched with, although that it is going to change very soon.

Dennis James has announced that joining his four mainstream category supplements shortly is another mainstream formula, with a protein powder called MHI. Like all of Dennis James Nutrition’s other items, MHI’s title does stand for something, which is Menace Hydro Isolate as it is a hydrolyzed whey isolate.

The details we have so far for the Dennis James Protein Powder include 27g of protein per serving, all coming hydrolyzed whey. We also know that it has only a gram of fat and a gram of sugar, and comes in one size and two flavors with 5lb tubs of Chocolate and Vanilla.

Stock of MHI has apparently already arrived with the brand, so you can probably look forward to seeing it added to dennisjamesnutrition.com very soon.