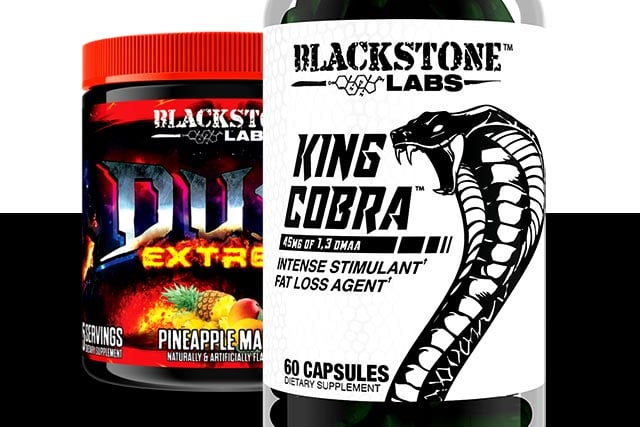 When Blackstone Labs announced that the original DMAA version of Dust Extreme would be coming back, and that it also had a new fat burner featuring DMAA called King Cobra, on the way. It said that the supplements would actually be here sooner rather than later.

Only a week and a half later Blackstone Labs has officially made both the DMAA Dust Extreme and its new weight loss entry, King Cobra, available for pre-order. Like with most new products, the pair has been introduced with a deal that’ll get you both for $50 each and a free Blackstone tee.

As mentioned the Dust Extreme and King Cobra offer is a pre-order opportunity, so the items won’t ship immediately. Blackstone is currently saying orders of the supplements will process mid this month, which sounds like sometime next week.