Top Secret Nutrition has just launched another igniter named supplement, although unlike most of the brand’s igniter named formulas, its latest is a little more on the basic side. The new Top Secret product is called Fireball Carnitine Igniter, a liquid carnitine based fat burner. While it is a basic formula, Top Secret has packed it with a couple of extra ingredients outside of just carnitine.

Top Secret’s all-new Fireball Carnitine Igniter features a total of four ingredients to help it deliver on its promise of boosting metabolism, thermogenesis, and overall weight loss. Half of those four are two forms of the supplement’s title ingredient with 1.4g of carnitine l-tartrate and 200mg of acetyl-l-carnitine. The other half of Carnitine Igniter’s contents are what make it different from most other carnitine competitors, with 25mg of gamma-butyrobetaine ethyl ester and 15mg of Paradoxine grains of paradise. For a little more information on Top Secret’s latest release, check it out at topsecretnutrition.com. You can also purchase the product there in its one full-size 31 serving bottle for $22.99. When it comes to flavors the brand has put together three for Fireball Carnitine Igniter with Cherry, Pineapple, and Apple. 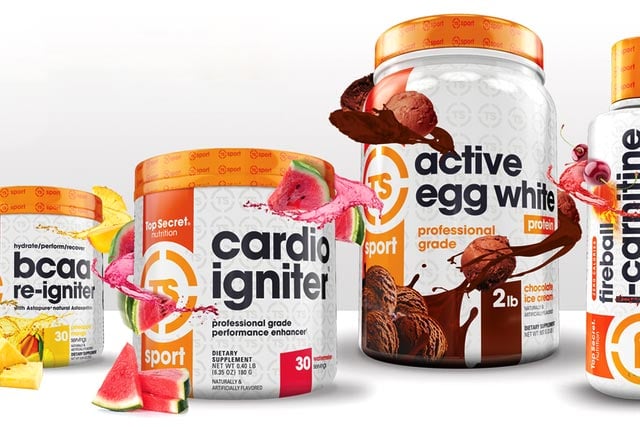 Top Secret unveils its rebrand on a handful of supplements -